2010 saw the creation of a special fund for more scholarships in Todos Santos, Guatemala. This fund keeps alive the memory of a very special and remarkable person: a committed activist, anthropologist and indigenous rights advocate who made this world a better place.

Shelton H. Davis, Sandy to his friends, passed away on May 27, 2010. Sandy did his first fieldwork in Santa Eulalia, a Maya community in the Cuchumatán highlands, and went on to spend his life working for the rights of the indigenous people of the Western Hemisphere. He founded the Anthropology Resource Center and pressed for the rights of the indigenous people of the Amazon. He taught at Harvard, from which he received his PhD and later at Georgetown University. He worked at the World Bank from 1987 to 2004, advocating always for minority rights in language, territory, and culture, and for the right of indigenous people to speak for themselves in national and international arenas.

Sandy was a long-time supporter of the Maya Educational Foundation and its work. His family asked that donations be made in his memory to further our work. In consultation with his wife Mary Gubbins and his son and daughter, the Maya Educational Foundation Board established the Shelton H. Davis Memorial Fund and outlined a program in his honor. Since we already had a scholarship program in Todos Santos, in the region where Sandy did his original fieldwork, we made a commitment to take on five new students, designated as the Shelton Davis Scholars.

In 2016 the Fund started to also grant some support to students from Todos Santos who were beginning their university studies. In May of 2020 the Fund celebrated ten years of helping Maya students from the Todos Santos region. We are very grateful and invite all who read this to contribute to changing lives in Guatemala.

MEF supported a scholarship program for younger students, giving families of elementary and secondary school children stipends, motivating them to send and keep their children in school longer than just a couple of years.

As with all our scholarship programs, MEF committed to supporting the students as far as they were wishing and able to go in their education.

We thank the following outstanding supporters of this program: the Daniele Agostino Derossi Foundation; the Crockett family; and the Shelton H. Davis Memorial Fund, which in 2020 is in its tenth year and still going strong, thanks to Sandy’s family and friends. Read more about this here

Your donation of $200 a month supports a Maya student at university level.

DONATE NOW Your gift will make a vital difference to a Maya student. 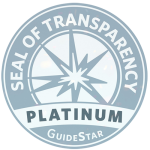